I've long admired two bloggers and since they hold some responsibility for the origination of Optimize 3.0, I wanted to share some specifics about two blogs I like and why.  You might find my reasons interesting as well.

First, there's the Smart Passive Income Blog by Pat Flynn.  I found Pat's blog through Business Insider.  The BI heading was something to do with a list of people you should know on the Internet and why.  Not sure why I clicked through on Pat, but it sure was interesting when I did.  Pat's got a very natural way of writing.  That immediately caught my attention.  But perhaps most of all it's his utter willingness to share any and every detail of how to write blogs with his readers.  As I got into his blog, I found his posts about his Niche Site Dual.  Here, he takes on the challenge of getting a site he builds from scratch to a #1 ranking in Google against another blogger.  Impressive stuff to do so publicly, but he's also willing to share exactly how he does it.  He goes into stuff like setting up hosting and the SEO for a Wordpress site.  Very well explained.  Yet, even better, he shares exactly how he builds back links. 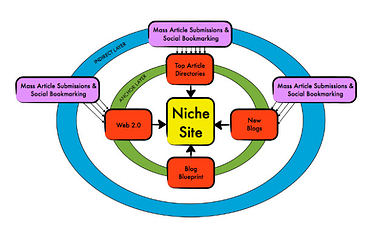 I haven't tried this strategy yet, but it's truly fascinating.  Another reason I really like his blog is his willingness to share his income reports.  I have no way of verifying this but he's stating over $130K in '11 alone from his blogging efforts.  Plus, he shows the sources from consulting, apps and affiliate deals.  Although it's not my particular business model, Pat's an inspiration and I admire his naturalness and intelligence.

Through Pat's blog I found Ana Hoffman (@webtrafficcafe and Traffic Generation Cafe ).  Ana, like Pat, comes across very naturally and loads her site with a plethora of really helpful info.  I'm not using a blog platform like Wordpress (started there, but ended up with Hubspot), but Ana gets into the nuts and bolts of how to get the most from your blog on this platform.  She's more active on Twitter than Pat but I pay attention to her Tweets.  Always some value.  There's a lot on her site and I can't do it all justice here, but I really like the little things such as the way she sets up her site that allows followers to drop in SEO follow links for her readers without asking for anything in return.

The common theme for both Pat and Ana is their willingness to share.  I get that it's their business model and they make money from people buying off their sites, but wouldn't you want to buy from someone who's given you all this great info without asking for anything in return?

Have look at these sites.  Let me know what you like (or don't).

Optimize 3.0's blog is your source for helpful inbound marketing tips and advice.  Be sure to subscribe to stay up to date with the latest posts.